* In case of any delay in receiving the OTP, you may verify it later. Please proceed without verification. 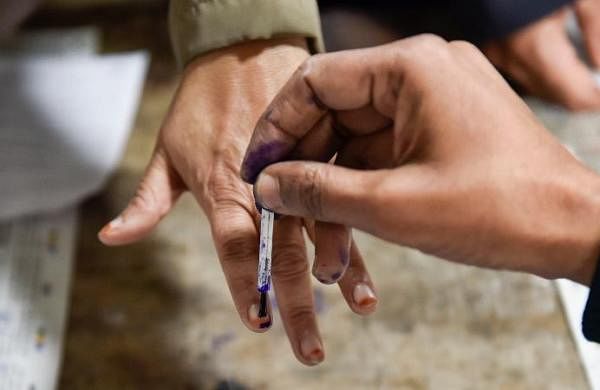 After Chief Minister Mamata Banerjee had on the previous day mooted the idea of conducting polls for the remaining phases at one go, TMC Secretary General Partha Chatterjee sought clubbing of the last three rounds of voting into one at a meeting with the Chief Electoral Officer (CEO) Ariz Aftab here.

Emerging from an all-party meeting called by the CEO, Chatterjee said that in order to save the lives of people and to control COVID-19 infections while allowing candidates ample time for campaigning, a balance has to be drawn by the Election Commission.

"We have told the commission that in order to give the people proper healthcare facilities amid COVID situation, the last three phases may be clubbed into one while ensuring that the democratic rights of the people are upheld," Chatterjee told reporters.

He said that all stakeholders, including the candidates, political parties and the general public, have a role to play in controlling the spread of the coronavirus pandemic.

Meanwhile, the BJP expressed objection against such clubbing at the meet on the pretext that it would be disadvantageous for voters and candidates of the seats that are yet to go to polls.

BJP leader Swapan Dasgupta, who represented the party in the meeting, said the party does not want any step that would affect the "democratic spirit".

"We said that our party will abide by all COVID-19 protocols put in place by the Election Commission, and urged that no steps be taken that discriminates those voting in the next phases from those who have already exercised their franchise.

"We have not said anything about clubbing (of phases), We feel that the elections will be held in eight phases," Dasgupta told reporters after the meeting.

Dasgupta said that virtual election meetings for the remaining phases are not possible as half of the eight phases have already been held.

"A level playing field has to be maintained. We have advised the Election Commission to balance the need for a robust democratic culture with safety norms.

"It is up to the Election Commission to tell us what exactly the political parties must do. We have assured the EC that under all circumstances, once it has laid down the procedures, the BJP will adhere to the norms faithfully.

He said that the saffron party will provide masks to its supporters and workers at public meetings to ensure that health protocols are maintained.

The Election Commission had Thursday dismissed the chance of holding the last three phases of assembly polls in West Bengal together, saying "(There is) no such plan of clubbing phases."

Asked about the rising number of infections and deaths due to COVID-19 in the state along with the rest of the country, he said that campaigning cannot be stopped, and also wondered how the rights of the contestants and the voters can be taken away.

Assembly polls have been held for 135 constituencies in the state in four phases so far and the remaining 159 seats are slated to go to the polls in four phases between April 17 and 29.

Counting is scheduled for May 2.

(THE NEW INDIAN EXPRESS)
21 Days ago

Do you support military action against China?
View Results
More