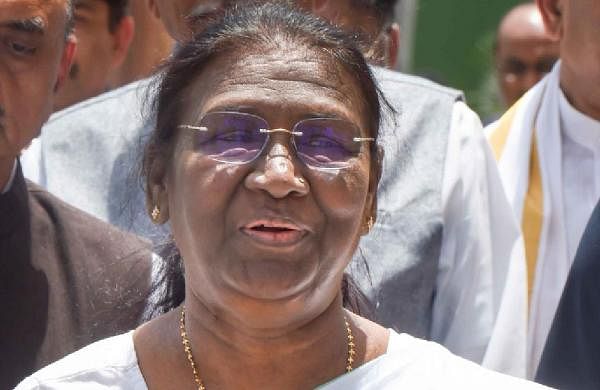 LUCKNOW: The BSP on Saturday extended its support to the BJP-led NDA's presidential candidate Droupadi Murmu, who is likely to be the first tribal leader and the second woman to occupy the post.

Murmu on Friday filed her nomination papers for the July 18 presidential election, with Prime Minister Narendra Modi handing over the set of papers to Returning Officer P C Mody.

"The BSP has decided to extend support to Droupadi Murmu in the coming presidential elections keeping in mind that the Adivasi samaj is an important part of the party's movement," BSP supremo Mayawati said here.

"This decision was taken not to support the BJP or NDA nor to go against the opposition UPA, but keeping in mind our party and its movement for making a capable and dedicated Adivasi woman the president of the country," she said.

Former Union minister Yashwant Sinha has been declared the joint candidate by many opposition parties, including the Congress, the TMC and the NCP.